WEI recognizes that the issues impacting women and girls must be addressed within the broader context of human, economic, social, environmental and political agendas.

We are committed to working on these comprehensive issues with a particular focus on addressing the specific issues impacting women, girls and under-represented groups, particularly in the global south.

The COVID-19 pandemic has propelled the need a multi-disciplinary approach to the response and recovery as well as for increasing resilience in the face of future pandemics and shocks.

WEI has established the Global Institute to: 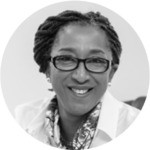 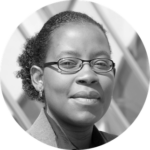 Health of Women & Girls as an Economic Value 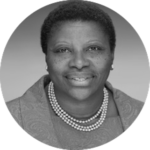 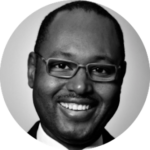 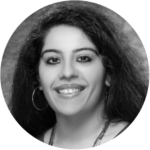 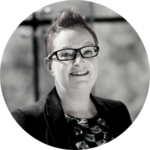 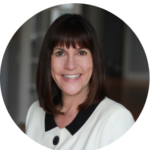 Associate Professor Cynthia Forson is the Deputy Provost at Lancaster University Ghana. Cynthia teaches Organizational Behavior and Human Resource Management and her research centers on the work, leadership and management experiences of women in the labor market and organizations and has published several articles in this area. She focuses particularly on gender, ethnicity, class and migrant status and the intersectional influence of these structures in the lives and careers of women. Cynthia pays particular attention in her research to black and ethnic minority women in the labor market and organizations. ​​

Her research interests now extend to the work and labor market encounters of African women in Africa and the Diaspora and has a particular interest in the development of management theories that reflect the lived work experiences of women in different African contexts.​​

Roseline is an expert on international investment and trade policy and consults for governments and business in these areas. She is currently an advisor to the UK government on international trade support. In 2018, she was appointed to the Exports Guarantees Advisory Council, an expert group which advises national Government policy on official support for UK trade and exports, as well as the operation of UK Export Finance. ​​

Roseline is a member of relevant professional associations, a Fellow of the Institute for Trade and Innovation (Offenburg), Fellow of the Higher Education Academy and the Royal Geographical Society, and member of the Academy of International Business. ​​

Roseline supports the work of Women Economic Imperative (WEI) on international trade and the impacts on women and girls.

Her work as global advisor for Evidence for Sustainable Human Development Systems in Africa (EVIHDAF) and the Centre for Urban Health and Development within the Asian Institute of Poverty Alleviation (CUHD-AIPA) extends her focus on the global south and the realization of the Sustainable Development Goals in this last decade. She is the Associate Editor for Women and Girls for Cities & Health.

Amadou Mahtar Ba – Chair of the Board

Amdou Mahtar Ba is the co-Founder and Executive Chairman of AllAfrica Global Media, Inc., and owner and operator of AllAfrica, the largest specialized content service provider on the African continent.

Mr. Ba sits on several boards and participates in a number of international working groups including the UN Secretary General’s High-Level Panel on Women’s Economic Empowerment, the World Economic Forum’s Network of Global Councils, and the Africa Policy Advisory Board of ONE.

He is the recipient of many distinguished awards and recognitions in Africa, Europe and the United States, including being selected as one of the “100 Most Influential Africans” three years straight by New African Magazine. Forbes Magazine listed Mr. Ba one of “The Top 10 Most Powerful Men in Africa” in 2014.

Mitali Nikore is an economist and policy specialist and the Founder of the youth-led research group, Nikore Associates. She advises multilateral organisations such as ADB, UN Women and the World Bank as well as private sector consulting firms such as EY and PwC. She is part of the Global Shapers New Delhi Hub (an initiative of the World Economic Forum). She is also an advisor to the Steering Committee of BRICS CCI Young Leader.

Focusing on infrastructure development, industries, MSMEs, and economic corridors, her work spans a wide range of sectors, both in South Asia and Africa, at the national and sub-national levels. She has been named as one of the 22For2022 industry leaders by Forbes magazine, as one of the She Is: 75 Women in STEAM by the Office of the Principal Scientific Adviser to the Government of India and British High Commission, New Delhi, and as Top Voice for Gender Equality by LinkedIn. She is also a widely published researcher and writer with the Times of India, World SME News, Indian Express, SheThePeople and EPC World and has provided her expertise on multiple news segments including BBC News and India Ahead.

Passionate about technology as an enabler Sue didn’t have a traditional start to her career. She left home and school at 16, married at 20 and had 3 children by the age of 23. A single parent at 25 she went to university, gained a degree in computing then a PhD in software engineering. Sue now has 4 children and 5 grandchildren.

Janet Longmore is the founder and CEO of Digital Opportunity Trust (DOT) , a global network of young women and men who are invested in their communities as social entrepreneurs and leaders of change. In 2016, Janet was decorated with a Meritorious Service Cross by the Governor General of Canada in recognition of her “strong example of social innovation and leadership that brings considerable honour to Canada.”

Janet is a Schwab Foundation Social Entrepreneur, a Senior Ashoka Fellow, sits on ITU’s EQUALS Global Partnership steering committee, and is a member of the Global Partnership for Effective Development Cooperation’s Business Leaders Caucus . Janet is a recipient of the CATA Alliance Sara Kirke Award for Entrepreneurship and Innovation (2011), and has been recognized as a Trailblazer and Trendsetter by the Women’s Executive Network Top 100 Most Powerful Women in Canada (2012).