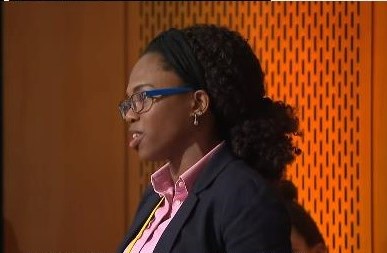 German Chancellor Angela Merkel was among the many notable speakers at the 2019 Global Solutions Summit in Berlin. Following her thought-provoking speech emphasizing the need for multilateralism and international cooperation in the years to come, was a Q&A period with questions from both a moderator and individuals from the audience.

One of the questions posed to the chancellor came from one of the Global Solutions Summit’s Young Global Changemakers: Stephanie E. Trpkov, a Nigerian-born World Bank Consultant from Croatia.

She inquired after Germany’s efforts to ensure equitable taxation and corporate accountability in the digital age, especially the larger magnates such as Facebook – a very relevant issue in the face of the European Union’s Digital Single Market Strategy and the numerous legislative acts that were adopted.

Interestingly enough, Chancellor Merkel, who has a famously controversial stance on immigration, expressed curiosity about Stephanie’s citizenship prior to answering her question – and in that moment the question became something more. 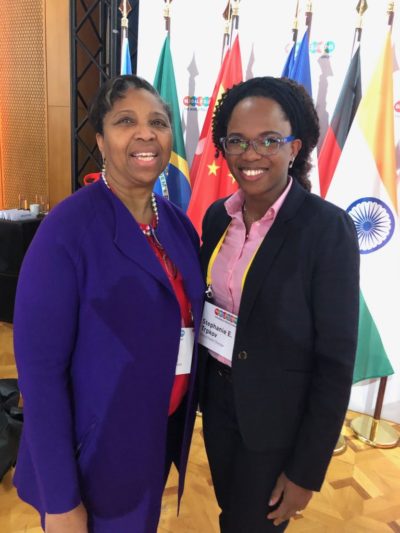 Stephanie hails from Croatia, one of the federal republics of the former Yugoslavia. As a nation-state, nearly 90% of its people are ethnic Croats, making it the most ethnically homogenous of the Balkan States. Immigrants such as Stephanie – who is originally from Nigeria – make up just a tiny fraction of the 10% non-Croat population.

Regardless of this, the chancellor’s commitment to fostering a climate of international cooperation permeated each and every one of her responses, reinforcing her claim that Europe, the G20, and taking advantage of the unique diversity of their citizens.